skip to main | skip to sidebar

Doesn't this puddle look like an infinite abyss?
Seeing it reminds me of one of my favorite movies: Garden State.
Which reminds me that when we saw it in the theater,
I was 7.5 months pregnant with my son.
I laughed so hard that my water broke that night. 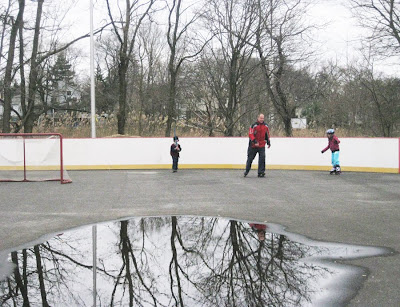 During a frustrating moment of motherhood,
I devised a plan to silence (even if temporarily)
the whining, complaining & tattling. 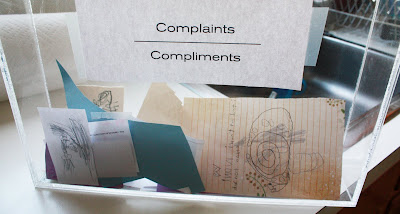 It's called the Complaints & Compliments box.
I keep it in the kitchen.

Once a month, I sit like a Queen, holding court.
As the scraps (formal complaints) unfold,
I dole out the new laws, the old punishments,
mend fences and break-up alliances. 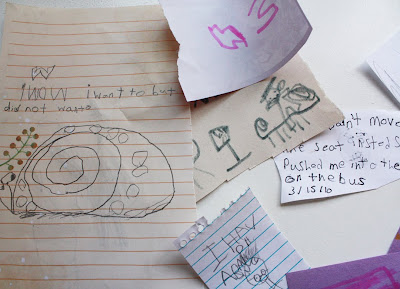 And every so often, I might even find
a compliment in there, if I wade deep enough. 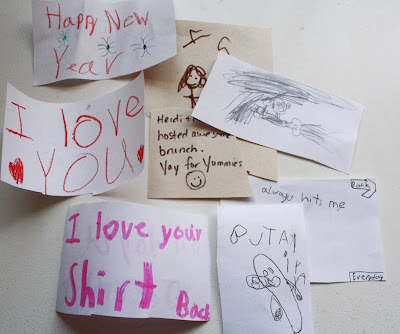 How to keep a 5yr old varmint very, very busy... 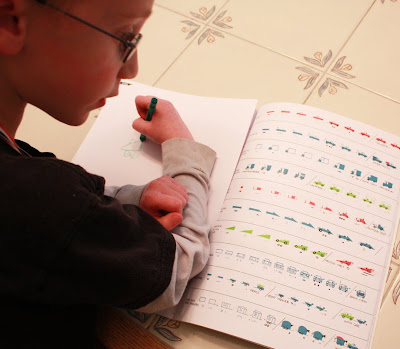 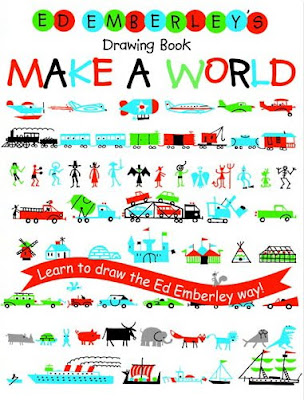 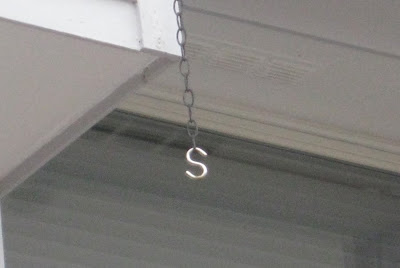 "So, which one of you varmints is mine?"

I received this in the mail on tuesday.
It's a New Yorker cartoon, glued to a postcard,
and mailed anonymously.
Ain't it perfect?
Thanks, Magpie!
xoh 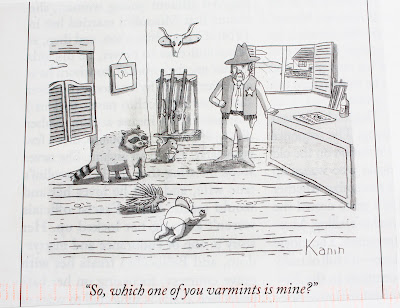 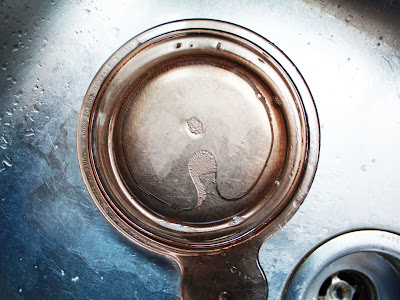 The Awesome Sitter shot this pic: 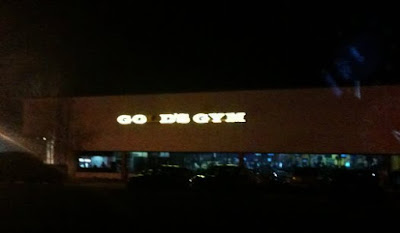 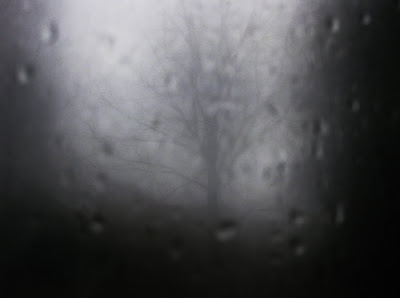 Shooting Mina from The Hip

Mina bathed in exhaulted rainbow sunlight.
Howse THAT for a cellphone special effect?! 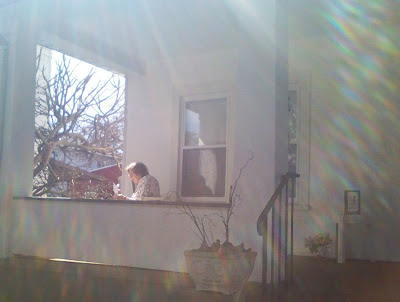 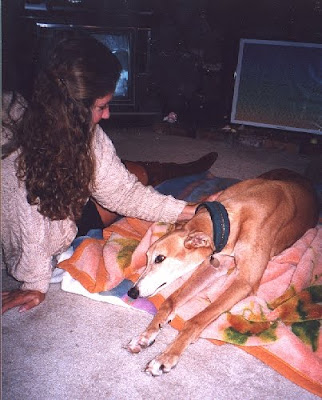 I "met" her in 1995... we were the skeptics
in the "Earth Changes" chatroom on aol.
I knew it was love at first sight,
when her screen name lead me to her profile:
Screen Name: Catbuttcpt
Location: Seattle W.A.
Profile:
Catdragsbuttacrosscleancarpet&takesadumpinthecorner

We spent hours, upon hours getting
to know eachother through chat and email.
Strangely, we were on almost the same exact schedule...
we both worked in publishing.
She: an early riser in the circulation department for a newspaper.
Me: a late riser in the art department of a magazine.
She woke up on the left coast, me on the right. 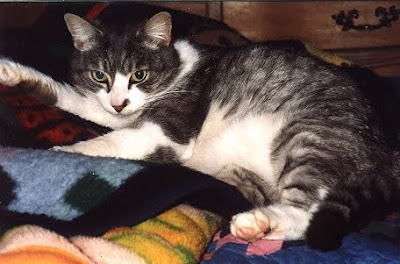 Her cat's name was Jesus in a Cat Suit.
(may he rest in peace)
He often sent me subliminal messages as he walked across her keyboard:
znlcla;;;;kec;;lknnadlbcklakjbasjkcvkhaJ.
Then she would say:
"That wasn't me, it was Jesus."
I miss him.
After 15 years, Jenny & I have still not met IRL. [ in real life ]
YET, there she was, year after year,
supporting me through so many phases of my life...
Dating, working, living in the city, meeting my husband,
getting married, trying to get pregnant, giving birth...
She was right there with me, sending texts
on my way to the delivery room when I gave birth to my son.
And I was there for her when Jesus died,
when the newspaper shut down it's offices,
and when so many day-to-day things added up to a lifetime.
Lately, I've been keeping her company
as she helps her Mom through some health issues.
To kill time, she will send me a cell pic of whatever she's looking at,
and I usually return the favor.
She sent me a pic of her Mom smiling in her bathrobe, & I sent her this pic: 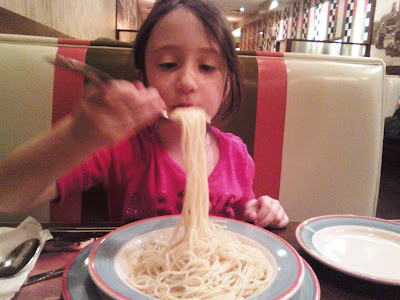 Then I'd get a message a few hours later...
"Hey, thanks for that pic, it really gave Mom
an appetite for spaghetti with butter!"
That's IRL enough for me.
Anyway... I just wanted to say Hi & thanks to my
long-standing online bud,
lend her the love and support that she needs right now,
and to also let you guys know that you're real too.
To me.
xoh
Posted by heidi at Wednesday, March 17, 2010 6 comments: 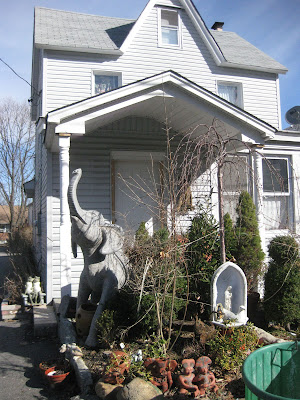 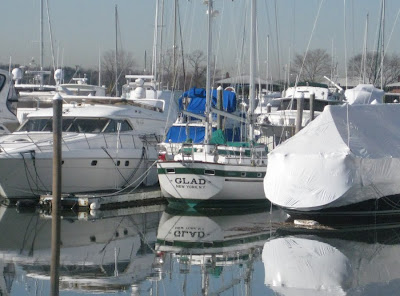 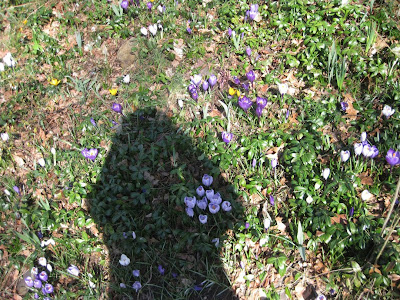 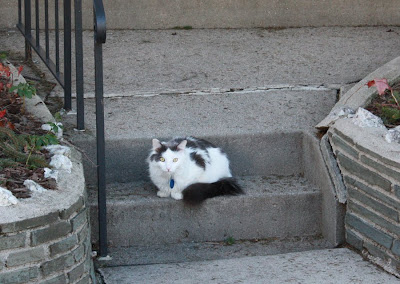 What Was I thinking? 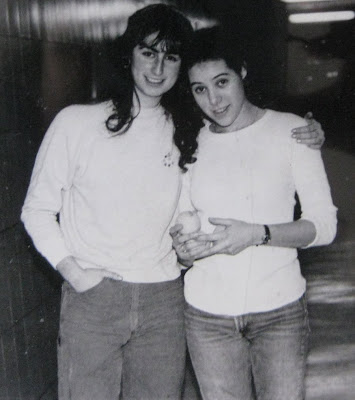 This is EJ & I in our high school hallway.
There's me on the left. It appears like I'm protecting her,
but really it had been EJ lookin' out for ME since preschool.
I'm wearing my artist palette pin on my sweatshirt,
and my purple Reminiscence carpenter pants.
The fact that I haven't applied to ANY colleges yet
isn't worrying me at all,
though I'm pretty sure it's keeping my parents awake at night.
Moments before this pic was taken, EJ and I were probably scheming
new excuses to sneak out on a weeknight.
And she was practicing her juggling. In the hall.
Everything that we have been through has made us as strong
and as confident as we could possibly be at this moment.
We have no clue what lies ahead,
only a loose plan for the next 3 or 4 hours.
Maybe.
Posted by heidi at Tuesday, March 16, 2010 7 comments:

Thrill of The Hunt

One of my obsessions is seaglass.
[ yes, this is a RED piece!! ] 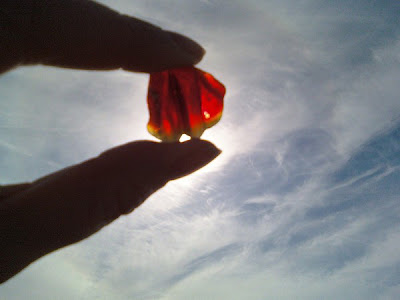 I look for it on every beach I go to,
and even in my dreams.
Thankfully, I live in a town surrounded by water on 3 sides. 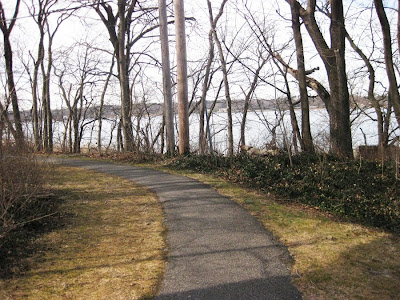 Yesterday morning, it was finally warm enough to walk on the beach.
Hard to believe the beach was empty.
HELLO people.... it's a beautiful day. Time to play hookie.... 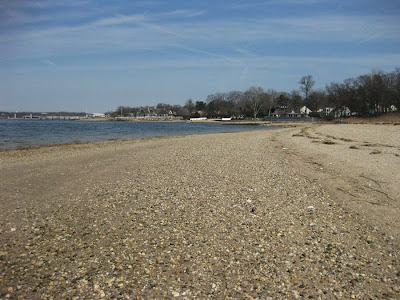 I could tell this beach had not been combed for glass in ages.
There were so many treasures!

I take them home, and soak them for a few hours... 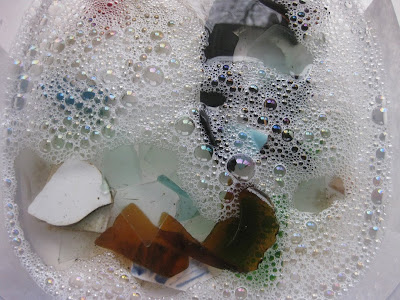 Then I look at them, sort them, analyze them.
I also love old china, bits of tile, coral,
and on this particular beach,
I find a lot of skeet shooting debris. (the black pieces.) 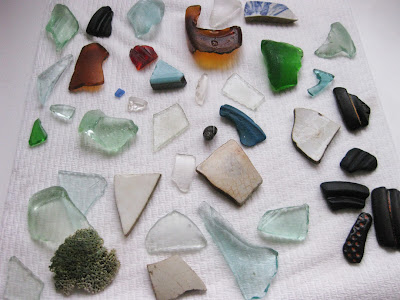 I have way too many piles of this stuff around the house,
and in my office.
It worries me that the varmints will have to
get rid of it all when I'm dead.
Doesn't stop me from dragging it home though. 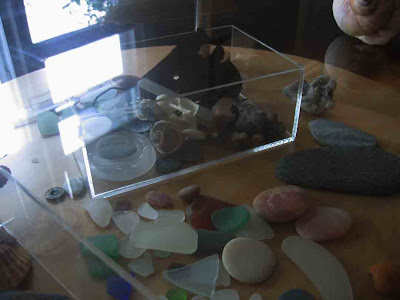 Who needs to be rescued? 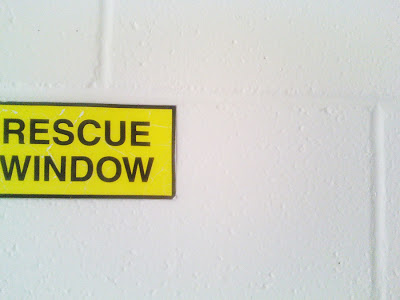 I secretly shot this yesterday, from a government building.
Posted by heidi at Wednesday, March 10, 2010 4 comments:

Shooting from The Hip: (or the car)

it's cellphone pic wednesday,
and this was the coolest pic I have on my phone.
It's from when we were in SF,
and I was trying to take moody monday pics,
but came across this art deco pet hospital.
I dunno how it came out all slanty.
No photoshop, I swear.
Janet, what did you shoot for today? 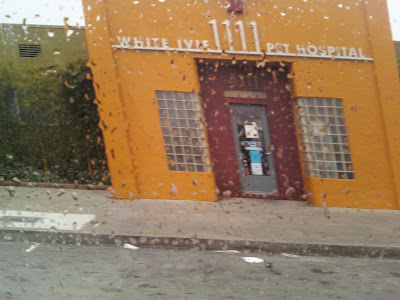 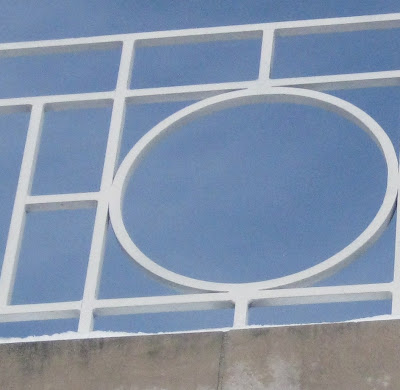